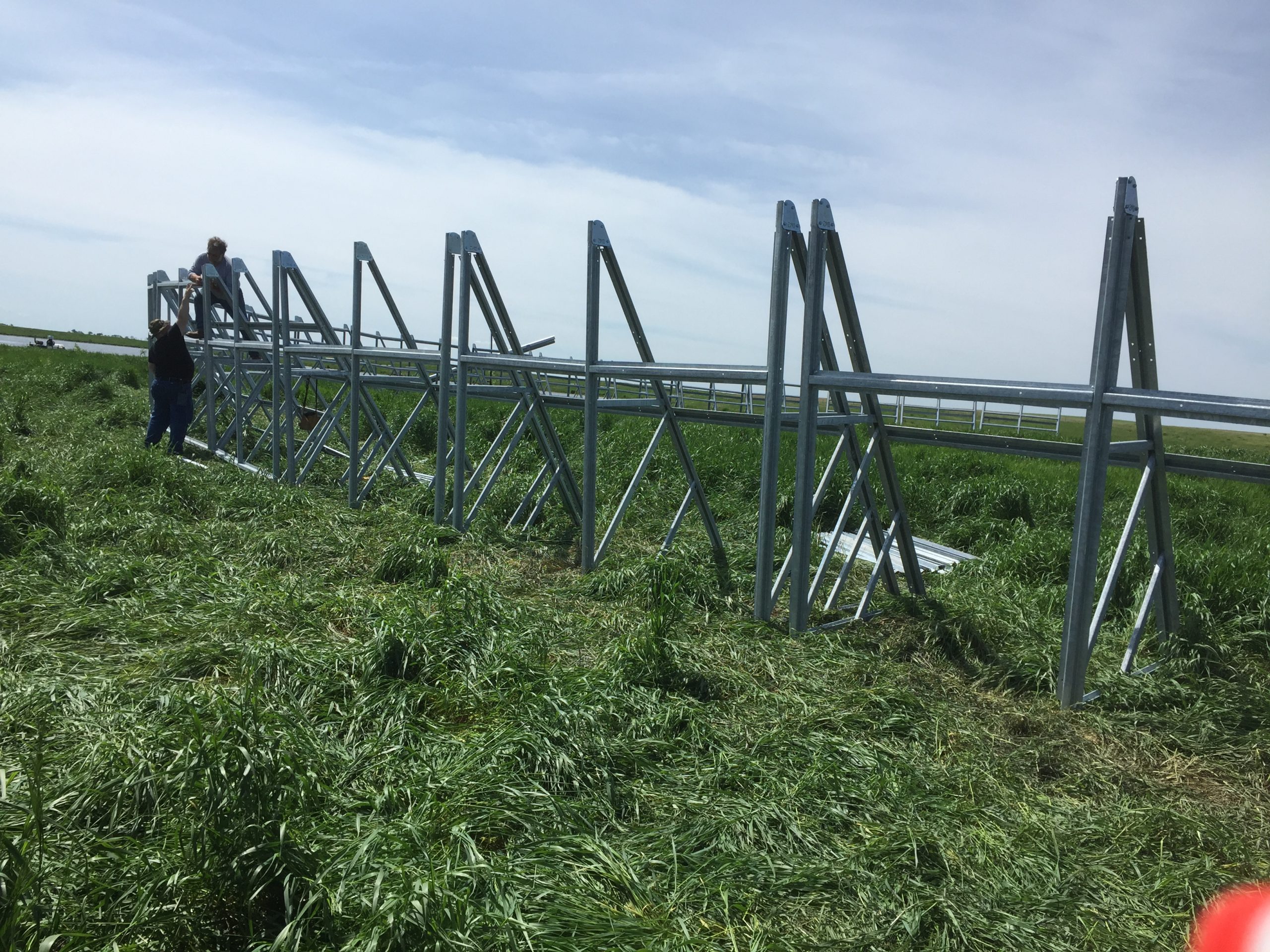 After the updates from the previous design were proven to work, including the patented Dump Doors, the Geo-Pool frames were re-designed to be stronger using the heavier square tubing material. This also made the pools vastly more portable. To increase capacity, without increasing the pools’ footprint, the GeoPool frames were increased from 6 ft. high to 8 ft. high.

To test the frames for strength, a standard 10-foot section was erected and wet sand was piled against it. To be sure the frame loading would be able to take the stress, we then drove a large pay-loader up the sand-covered frame and parked it. No damage was done to the frame as a result of the test.

The frame-to-frame connection was redesigned to lock the frames together while allowing them to flex. With the upgraded connectors, there should never be a failure issue.

While the frames are overdesigned from a structural basis, they function as well as, or better than, the earlier versions. They have the strength to stand up to glancing blows by an excavator.

The drive over GeoPool Clean Out Gates have been the most innovative design upgrade to the GeoPool since the invention of the patented Dump Doors. The gates make access into the GeoPool more efficient allowing for the pool to be cleaned out much faster.

The test site for the eight-foot Geo-Pool was a water reservoir having a capacity of 8.0 million gallons. The reservoir had silted in over the course of the last 75 years with topsoil, silt, and animal waste. Despite filtering extremely high organics (10%+), no polymers were used. Over 20,000 yards of material was processed during this demonstration.

The contractor experimented with Clean Out Gate and Dump Door placement, taking advantage of certain characteristics of the work site. They determined that proper placement of the doors and inflow are critical for proper functioning of the pool.

They also determined that, when dealing with extremely high organics, placement of the discharge pipe is important. Failure to properly place it will result in wet spots or areas of lighter materials that fail to dry in a timely manner.

Because of the high levels of organics and magnesium, plus alkali, the material was thixotropic. Instead of

being able to open the pool within a week of going into dry-down, it will take an extra several weeks or so to dry down.

The discharge pipe needs to be over the clean out gate or right next to it. This allows the heaviest material to accumulate right at the clean out gates, thus speeding up the beginning of the dig-out. In addition, optimal discharge pipe placement allows the fines and light materials to collect at the lowest point of the pool. This makes for a deeper layer, which helps to squeeze the water out of the lighter materials. The Dump Doors need to be placed opposite the intake pipe, or where you think the best path of the bulk water to return to the water source.

Want more information on this story or to speak with an IMS representative about your dredging project?

Contact Us
PrevPreviousGeoPool At The Black River in Loraine, Ohio
NextGeoPool In Istanbul On Gold Horn River Cleanup ProjectNext 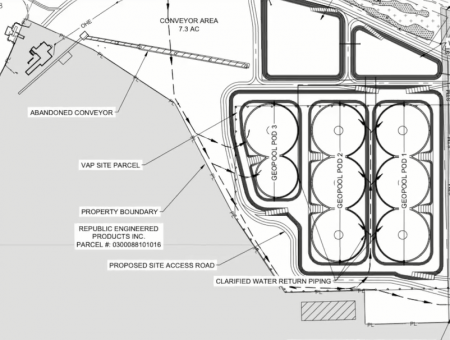 Lorain, OH uses GeoPool® Technology to Turn the Spoils of Dredging into Sellable Topsoil as Part of New Program

LORAIN, Ohio — What may look like regular old dirt to most is gold to the city of Lorain, or at the very least, dirt

GeoPool At The Black River in Loraine, Ohio